I am Marisa, a 24 year old explorer of consciousness and purpose of life. I graduated UW-Milwaukee with a BBA in Marketing and International Business with an emphasis in Entrepreneurship. I grew up making art, and for the most part, I am constantly creating. I have my own small creative business for my artwork at MARtianCuriosities on Etsy, and @martiancuriosities on Instagram for more consulting projects. I became interested in Psychedelics after reading some cosmic literature, delving deeper into my yogic practice, and through my search for meaning and enlightenment. Psychedelics have helped my creativity to blossom and to be my truest self.
Emanuel Sferios - Drug Positive - Developing the New Drug Narrative 0
Download In this episode of Psychedelics Today we interview Emanuel Sferios, founder of DanceSafe and host of the new Drug Positive Podcast. The discussion mainly revolves around what "drug positive" means, MDMA, and harm reduction. 3 Key Points: Emanuel Sferios is an activist, educator and harm reduction advocate. Founding DanceSafe in 1998 and starting the first laboratory pill analysis program for ecstasy users that same year (now hosted at Ecstasydata.org), Emanuel pioneered MDMA harm reduction services in the United States. His MDMA Neurochemistry Slideshow has been viewed over 30 million times and remains a primary educational resource for physicians, teachers, drug abuse prevention counselors and MDMA users alike. Emanuel resigned from DanceSafe in 2001 and went on to work in other areas of popular education and harm reduction. He has recently come back as a volunteer. Oh! And he’s making a movie.

During this episode of Psychedelics Today, your host Kyle Buller interviews Robin Kurland-West, a licensed marriage and family therapist based out of California. Kyle and Robin chat about challenges and other questions in regard to providing psychedelic integration services. Psychedelic integration is a new territory, and there are plenty of questions to still answer and cover. Robin Kurland-West received her license in 2010. Prior to becoming licensed she has worked in non profit agencies and inpatient recovery centers as clinical director, supervisor and lead therapist. Through this journey she has focused her expertise on trauma and addictions. Currently Robin has a private practice in the Sacramento area and works with individuals, families, couples and groups. Her passion to explore consciousness and the healing potential of psychedelics has been prominent through out and is committed to making a difference with those suffering from PTSD and addictions through the use of plant medicines and psychedelic integration therapy.
Duli Wilkins - The Adventures of the Beantown Ghetto Shaman 0

Download During this episode of Psychedelics Today, your host Kyle Buller interviews Duli Wilkins, aka the “Beantown Ghetto Shaman” about his work and future plans. In this conversation, Kyle talks to Duli about his work with sacred plant medicines, how he got involved in this type of work, and also explore the topic of people of color and diversity in the psychedelic world. Abdul K. Wilkins a.k.a Duli Tha Beantown G.H.E.T.T.O (Gifted. Hearts. Equal. Towards. Total. Oneness) Shaman is a Boston Native...He grew up in the Inner City of Roxbury where he overcame an environment of gang street violence, neighborhood drug abuse, and police brutality! Duli was influenced at a young age by both of his parents in the interest of spirituality, mysticism, natural healing etc.

While attending College at Northeastern University he had a very mystical experience with psilocybin mushrooms and has been using mushrooms and other psychedelics as a tool for healing and conscious awareness ever since! He is a father of 2 and does massage therapy and natural healings in his community!

Kyle and Joe interview Robert Forte who has been around the psychedelic world for decades as a writer, facilitator and researcher. He has known or has worked with most of the biggest names in psychedelic history including Dr. Stanislav Grof and Timothy Leary among others.

The interview covers a lot of ground and will likely ruffle some feathers.

Robert has extensively studied the history of psychedelics and has drawn some conclusions about the origins of the field.

From the early days, scientists have been working with psychedelics to weaponize them. From project artichoke to MK Ultra, the US government and many foreign governments have spent a tremendous amount of effort researching these powerful compounds and likely still are.

He makes a compelling argument, but we want you the listener and reader to "Think for Yourself and Question Authority". That was a Leary line that we think is valuablein situations like this. Read books on the subject, question the purpose behind them, think critically and see where you want to go with it.

After recording this interview Joe Moore read the amazing and comprehensive 2016 history The Devil's Chessboard: Allen Dulles, the CIA, and the Rise of America's Secret Government. The book filled in some gaps for me (Joe) but didn't really change my mind much on the topic of psychedelics specifically.

Please enjoy the episode and if you want to discuss it, please join us at our facebook group here. 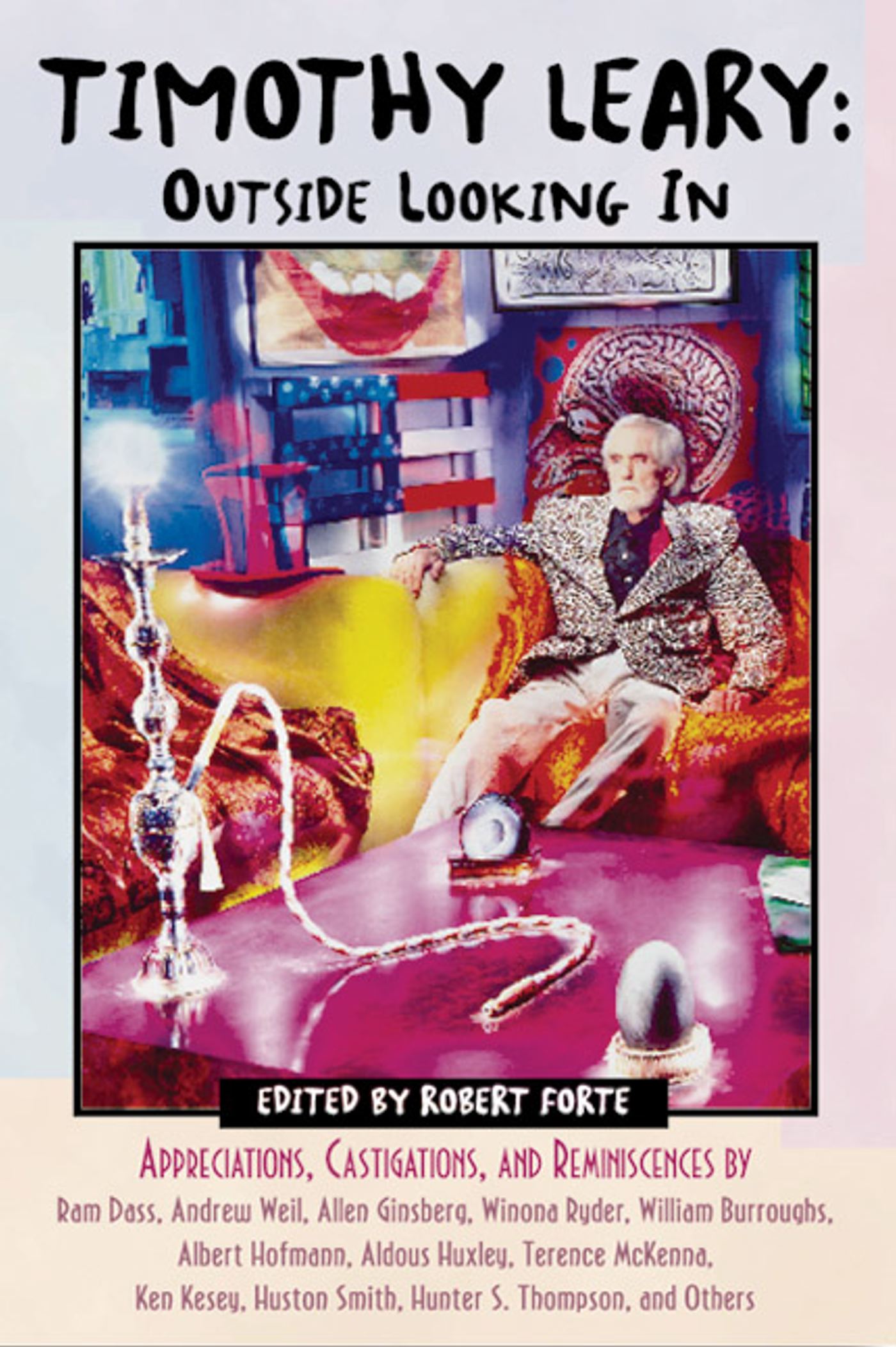 James Fadiman calls Robert Forte, “a major but not well known hero of the psychedelic movement.”  A scholar, editor, publisher, professor, researcher of the subject for over 3 decades, Forte has come to some disturbing realizations about the psychedelic renaissance that he helped to start.  Huston Smith called his first book, Entheogens and the Future of Religion, “the best single inquiry into the religious significance of chemically occasioned mystical experience that has yet appeared.” Forte was introduced to psychedelics in 1980 by Frank Barron, who initiated Timothy Leary and started the Harvard Psilocybin Project with him. From the University of California Forte was invited to Esalen to study with Stanislav Grof, before going to the University of Chicago to study the history and psychology of religion under Mircea Eliade. Over the years Forte has worked closely with many of the most prominent leaders of the psychedelic movement, including R. G. Wasson, Albert Hofmann, Timothy Leary, Ralph Metzner, Alexander Shulgin, Claudio Naranjo, and many others. His early MDMA research in 1981-85 turned on 100s of people to this new medicine. Though this project led to the creation of MAPS, Forte is a vocal critic of MAPS government collusion and deceptive policies. His second book is a rounded view of Timothy Leary, Outside Looking In:  Appreciations, Castigations, Reminiscences.  He first experienced ayahuasca in 1988, and conducted ayahuasca research with cancer patients in Peru, yet he is now suspicious of the globalizing of ayahuasca as an form of “spiritual colonialism.”   He is a enthusiastic supporter of conscious, independent psychedelic healing and recreation, and an equally fierce opponent of  psychedelics for mind control, profiteering, and social engineering by political and economic elites.

Sign up for our free course, "Introduction to Psychedelics"