This week we talk with Ashley Booth, co-founder of InnerSpace Integration and founder of the Aware Project: Rethinking Psychedelics. Ashley shares with us how she went from being an oceanographer to starting a psychedelic community in the Los Angeles area and also pursuing psychedelic research. We talk about how the formation and history of both the Aware Project and InnerSpace Integration, and the importance of building a psychedelic community. We also talk about Ashley's background in somatic practices such as Hakomi and how Hakomi can be used for integration as well as in the psychedelic space. Body psychotherapy seems to be a tool of the future for many psychotherapists who are interested in psychedelics and psychedelic research as normal talk therapy does not always address some of the underlying issues that are stored within the body. Ashley Booth, M.S. is a scientist, philosopher, and psychedelic ambassador. After years of working in environmental science, she experienced a radical paradigm shift through the use of psychedelics which ignited a passion for the awakening of human consciousness. Ashley uses her scientific background to break through the "war-on-drugs" rhetoric and have an intelligent and scientifically-based conversation about the safety and use of psychedelic substances. Ashley is the founder of the Aware Project: Rethinking Psychedelics (awareproject.org), which hosts educational and community-building events in Los Angeles and San Diego, California. She is also a co-founder of the InnerSpace Integration (innerspaceintegration.com), a psychedelic integration support service and harm reduction organization in Southern California. For a year and a half, she worked as a psycho-spiritual coach at Crossroads Treatment Center, supporting people through ibogaine and 5-MeO-DMT experiences. She is a certified Kundalini yoga teacher and is currently training in a somatic psychotherapy approach known as the Hakomi Method. www.AshleyBooth.net Header Photo: https://www.instagram.com/scarlet.barnett/

Daniel Pinchbeck - How Soon is Now? 0
Daniel Pinchbeck, author of the new book, How Soon is Now? joins us this week to talk about the global ecological crisis, climate change, and how psychedelics may play a role in transforming human culture. If you do believe that we are in a time of great ecological crisis, what are you doing about it? Taking action is the most important step to creating change, but are we willing to take the sacrifices and action to create change? Daniel shares his insights about how to take action to implement change. While some of these changes may be challenging, i.e., stop traveling as much, it may be necessary to help cut carbon emissions and to slow down the global warming cycle. Or is it too late to even take action? A recent journal article, "Lifetime experience with (classic) psychedelics predicts pro-environmental behavior through an increase in nature relatedness" states:

Our model controlled for experiences with other classes of psychoactive substances (cannabis, dissociatives, empathogens, popular legal drugs) as well as common personality traits that usually predict drug consumption and/or nature relatedness (openness to experience, conscientiousness, conservatism). Although correlational in nature, results suggest that lifetime experience with psychedelics in particular may indeed contribute to people’s pro-environmental behavior by changing their self-construal in terms of an incorporation of the natural world, regardless of core personality traits or general propensity to consume mind-altering substances. Thereby, the present research adds to the contemporary literature on the beneficial effects of psychedelic substance use on mental wellbeing, hinting at a novel area for future research investigating their potentially positive effects on a societal level.

About How Soon is Now?

Description of his book from Amazon.com

We are on the brink of an ecological mega-crisis, threatening the future of life on earth, and our actions over the next few years may well determine the destiny of our descendants. Between a manifesto and a tactical plan of action, How Soon is Now? by radical futurist and philosopher Daniel Pinchbeck, outlines a vision for a mass social movement that will address this crisis. Drawing on extensive research, Daniel Pinchbeck presents a compelling argument for the need for change on a global basis. The central thesis is that humanity has unconsciously self-willed ecological catastrophe to bring about a transcendence of our current condition. We are facing an initiatory ordeal on a planetary scale. We can understand that this initiation is necessary for us to evolve from one state of being – our current level of consciousness – to the next. Overcoming outmoded ideologies, we will realize ourselves as one unified being, a planetary super-organism in a symbiotic relationship with the Earth's ecology and the entire web of life. Covering everything from energy and agriculture, to culture, politics, media and ideology, How Soon Is Now? is ultimately about the nature of the human soul and the future of our current world. Pinchbeck calls for an intentional redesign of our current systems, transforming unjust and elitist structures into participatory, democratic, and inclusive ones. His viewpoint integrates indigenous design principles and Eastern metaphysics with social ecology and radical political thought in a new synthesis. From Daniel Pinchbeck's Website I am the author of Breaking Open the Head (Broadway Books, 2002), 2012: The Return of Quetzalcoatl (Tarcher/Penguin, 2006), Notes from the Edge Times(Tarcher/Penguin, 2010), and How Soon Is Now (Watkins, 2017). I co-founded the web magazine, Reality Sandwich, and Evolver.net, and edited the publishing imprint, Evolver Editions, with North Atlantic Books. I was featured in the 2010 documentary, 2012: Time for Change, directed by Joao Amorim and produced by Mangusta Films. I founded the think tank, Center for Planetary Culture, which produced the Regenerative Society Wiki. I hosted the talk show Mindshift on GaiamTV. My essays and articles have been featured in The New York Times Magazine, Esquire, Rolling Stone, ArtForum, The New York Times Book Review, The Village Voice, Dazed & Confused, and many other publications.

Learn about harm reduction practices, self-care, and ways to integration your experience

Sara Gael, M.A., Director of Harm Reduction, Zendo Project, Psychotherapist 0
Download Sara Gael joins us on this week's episode. Sara is the Director of Harm Reduction at the Zendo Project. We get into some great stuff including some of Zendo's biggest wins, how Zendo works, how to discuss harm reduction with festival organizers, and how to manage difficult experiences that arise in the Zendo.  Something interesting that we learned during this talk was how law enforcement at Burning Man has really been interested in learning more about Zendo and their services, and requested Zendo to help train their staff. Sara also shares her experience and insights working on the MAPS Phase 2 MDMA-assisted psychotherapy for PTSD trials and how she got involved in psychedelic research. We also explore how transpersonal psychology can serve as an important framework for working with psychedelic experiences. [youtube https://www.youtube.com/watch?v=zvzq63xWCeI] We hope you enjoy this episode. Be sure to leave us a comment below and share this episode!

The Zendo Project is sponsored by the Multidisciplinary Association for Psychedelic Studies (MAPS). Zendo provides harm reduction services to the community and to festivals. Zendo strives to: 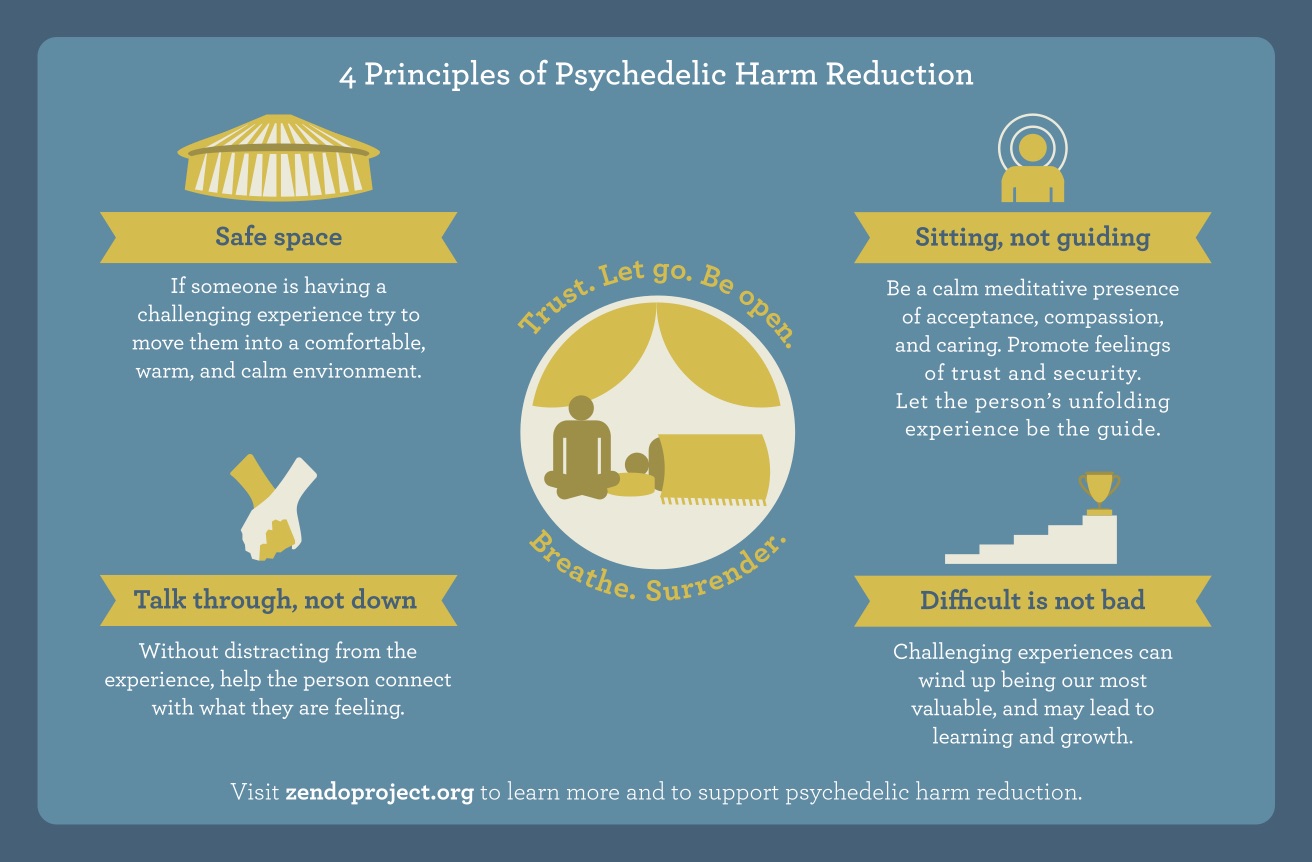 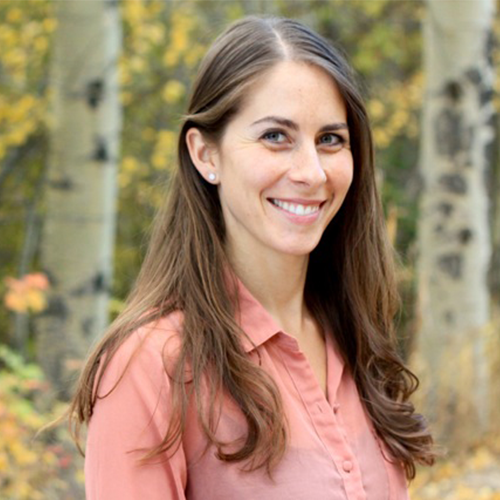 Sara received her Master’s degree in Transpersonal Counseling Psychology at Naropa University. She began working with MAPS in 2012, coordinating psychedelic harm reduction services at festivals and events worldwide with the Zendo Project. Sara was an Intern Therapist for the recently completed MAPS Phase 2 clinical trial of MDMA-assisted psychotherapy for PTSD in Boulder, CO. She maintains a private practice as a psychotherapist specializing in trauma and non-ordinary states of consciousness. Sara believes that developing a comprehensive understanding of psychedelic medicines through research and education is essential for the health and well being of individuals, communities, and the planet.

Community is an important part of integration. One of the most difficult aspects of integration is returning to a society that doesn’t understand or support psychedelic exploration. In fact, re-entering society can feel like a stark contrast between the interconnected, transpersonal state of the psychedelic experience. Therefore, one of most important tools for successful integration is a supportive, understanding community. We encourage our Guests to connect with and build supportive communities around themselves when they return home from the event. We support them in seeking professional help if necessary. -Sara Gael, Zendo Project Coordinator source

Be sure to check out our upcoming course: Navigating Psychedelics

Cognitive Liberty, The War on Drugs, & Personal Freedom 0
Download It is the week of the 4th of July. That means the United States is celebrating the signing of the Declaration of Independence, breaking free from the British Empire, and becoming an independent nation.  With the holiday underway, it seems like a great time to reflect on the concept of freedom (including cognitive liberty) and what it means to each and every one of us. In honor of Independence Day and the Declaration of Independence, here is a quote by Terence McKenna: [caption id="" align="alignnone" width="660"]

Photo from: http://www.cannalawblog.com/they-said-it-on-marijuana-quotable-saturday-part-cxxvi/[/caption] In this episode, Joe and Kyle reflect on the concept of personal freedom, cognitive liberty, and the impact that the War on Drugs has on the American people. It seems to be the consensus that the War on Drugs is failing. The policy has huge negative consequences on people across the globe, and significantly marginalizes minority groups and people of color.

As psychedelic research continues to progress in the academic and scientific realm, many people are still subjected to arrest and imprisonment because of this failed policy. Kyle and Joe share their thoughts about the pursuit for cognitive liberty and personal freedom.

The unexamined life is not worth living - Socrates

Do you think that exploring one's own consciousness, whether through plants or other drugs, be illegal? Why should a person have to "ask permission" to have an experience with their own body, mind, and spirit? Let us know your thoughts about this topic. Joe and Kyle also talk about their new upcoming course, Navigating Psychedelics: Lessons on Self-Care & Integration. Be sure to check out this course and sign up TODAY! We are giving away a SPECIAL offer just for the 4th of July! Receive 10% off our Earl-Bird special with the coupon code "freedom" when you check out. You do not want to miss this offer!