In this episode, Joe holds conversation with Dr. Michael Sapiro, Clinical Psychologist out of Boise, Idaho. They cover topics surrounding how meditation and mindfulness intersect with psychedelia as well as psychic ability, altered states and integration.

The Overlap of Psychedelic States and Meditation 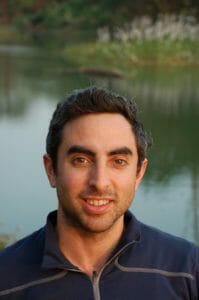 Michael Sapiro, PsyD, is a psychologist, meditation teacher, and former Buddhist monk. He lives and works on the frontier of spirituality, social justice, science, and psychology. He earned his Doctorate in Clinical Psychology from John F. Kennedy University and holds a Master’s in English Studies. He is a consultant with the Institute of Noetic Sciences and is on faculty at Esalen Institute. Michael is the founder of Maitri House Yoga and was trained for 20 years in both traditional Yoga philosophy and lifestyle, and Buddhist meditation. In his treatment he integrates Western psychological interventions with meditation and awareness practices. He finds the greatest healing comes from living a life of presence, vulnerability, and awareness. At Sage he will fully integrate Yoga philosophy and life-style within the treatment.