In this episode, Joe interviews Ph.D., Professor at the University of Saskatchewan, and author specializing in the history of psychedelics and their relation to the medical industry, Erika Dyck.

Dyck talks about her interest in Canadian history and specifically Saskatchewan, which was the first jurisdiction in North America to elect a socialist government. She talks about how it was clear in the early days of governmental support that they were reaching out to people with bold ideas, leading to Humphry Osmand coming there in 1951 to commence research that he felt was being stifled in London.

They talk extensively about the work of Osmand and Abram Hoffer, early experiments with giving staff in mental hospitals LSD to encourage empathy toward patients, a hospital architect taking LSD and learning that tiled, checkerboard-esque floors may be a challenge to patients with depth perception issues, a “Hollywood hospital” where wealthy film stars were flown to deal with addiction largely in secret, the concept of having patients write out an autobiography before a medicine session in order to reflect back on their life afterward, Osmond's participation in a peyote ceremony and his subsequent report, why the Timothy Leary model of dropping out of the scientific/academic world isn't helpful, why time passed and changed public opinion have led to old research coming to light, and why it's more important to talk to people who aren't sold on psychedelics yet instead of those who are already bought in and live in our psychedelic bubble.

“Even people like Humphry Osmond or Abram Hoffer who were on the frontlines of that psychedelic heyday in the 1950s- they were quite careful (and obviously they were sort of practiced at this), but they were quite careful about how I might characterize their work with psychedelics, and they insisted that what they were doing was not unethical, they did not have money from the C.I.A., they had lots of checks and balances, and they were clearly responding to that very heavy reputation and characterization of psychedelics. And I reflect on that every once in a while, and wonder, ‘what would they would say today?’”

On Osmond and peyote: “It was the question of whether or not these chemicals and these rituals using chemicals should be allowed more broadly. And I think that the federal government in Canada was thinking that, again, this white-coated British guy would walk in and behave like the colonialist that they expected him to be, and come out and say ‘these are rotten ceremonies,’ but that was absolutely not who Humphry Osmond was. He participated fully. He chewed the buttons, he threw up, he participated in the feast afterwards, he participated in the drumming circle. ...So Osmond then made a statement (and he’s published about this in a variety of different places) saying this was an absolutely beautiful ceremony, it was absolutely sacred, it should be protected, it should be promoted, [and] people should be given access to peyote so that they continue this sacred ceremony. And the Canadian government was not impressed with this reaction.”

“Our governments are addicted to the war on drugs.”

“I think that part of what the psychedelic world needs to do, in my humble opinion, is to reach out and seek these kinds of bridges and these alliances, because I think that there’s a risk that we can just convince ourselves that psychedelics are good and that it won’t actually break through the psychedelic bubble, if you will, to convince regulators that in fact, there is real merit here. There’s still a sense that-- even just saying LSD- I gave a presentation last week to a group of retired physicians and these are people with medical training and who’ve spent their careers doing medical education and medical work, clinical work. And they’re like ‘oh, but LSD, that’s the one that fries your brain, right?’ I mean, these were disproven studies in the 70s, and yet it’s very interesting that that characterization is so strong.”

Mescaline: A Global History of the First Psychedelic, by Mike Jay 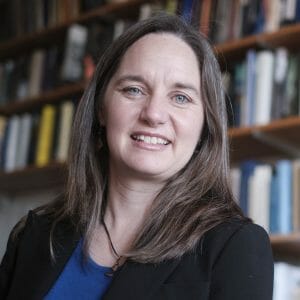 Erika Dyck is a professor and Canada Research Chair in the Department of History at the University of Saskatchewan. Her work focuses on 20th century medical history, especially the history of psychedelics, psychiatry, eugenics and population control. Her books include Psychedelic Psychiatry: LSD from Clinic to Campus (2008); Facing Eugenics: Reproduction, Sterilization, and the Politics of Choice (2013); Managing Madness: Weyburn Mental Hospital and the Transformation of Psychiatric Care in Canada(2017); and she is editor of A Culture’s Catalyst: Historical Encounters with Peyote and the Native American Church in Canada (2016) and co-editor of Psychedelic Prophets: The Letters of Aldous Huxley and Humphry Osmond (2018). She is a guest editor at the Chacruna Institute for Psychedelic Plant Medicines. You can email her at Erika.dyck@usask.ca.