Download
In this episode, Joe and Kyle sit down and chat with Veronica Hernandez and Larry Norris of Decriminalize Nature Oakland. Decriminalize Nature is an educational campaign to inform Oakland residents about the value of entheogenic plants and fungi and propose a resolution to decriminalize our relationship to nature, which just recently had success in doing so.

A Win for Plant Medicine 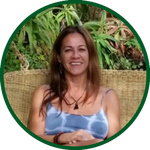 Veronica Hernandez, is a clinical psychologist and shamanic practitioner from Peru. Since 2006 she has been trained on shamanic facilitation. She received her clinical training at the Institute of Rational-Emotive Therapy, New York, under the supervision of Dr. Albert Ellis. She was assistant professor at the Universidad Peruana Cayetano Heredia and research assistant at the Hospital Psiquiátrico Noguchi de Lima (Peru). In the United States, she worked as a Social Services Clinician at John Muir Health Hospital’s Inpatient Psychiatric Adolescent Unit, California. Currently she is completing her doctoral degree at California Institute of Integral Studies (CIIS), San Francisco, where she is carrying out research on the healing and transformative benefits of entheogens, especially Ayahuasca. 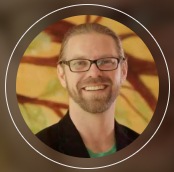 Larry Norris, MA, PhD Candidate is the co-founder and executive director of ERIE (Entheogenic Research, Integration, and Education) 501(c)(3), a group dedicated to the development of entheogenic research and integration models. Larry is also a co-founder and on the Board of Decriminalize Nature Oakland and helped to co-author the resolution which received an unanimous decision from Oakland City Council. Beginning his studies in cognitive science as an undergrad at the University of Michigan, he is now a PhD candidate in the East-West Psychology department at the California Institute of Integral Studies (CIIS) in San Francisco. His dissertation reviews archived ayahuasca experiences to identify transformational archetypes that induce insights hidden within the experiences. As adjunct faculty at CIIS, Larry taught a graduate course called Entheogenic Education: Contemporary Perspectives on Ancient Plant Wisdom in order to discuss the concept of entheogens as educational teachers and cognitive tools. He was also an adjunct faculty at John F. Kennedy University teaching a class titled Paradigms of Consciousness. A dedicated activist and proponent of cognitive liberty, Larry’s efforts are a contribution to not only change the Western legal status of these powerful plants, fungus, and compounds, but also to emphasize the potential sacred nature of entheogens given the right set and setting.