During this episode of Psychedelics Today, your hosts Kyle Buller and Joe Moore talk to Zach Leary host of the MAPS podcast and It’s All Happening. We have an incredible time talking to Zach and his worldview, experiences, opinions and much more. It was a very fun time recording with Zach and we hope it can happen again in the near future. 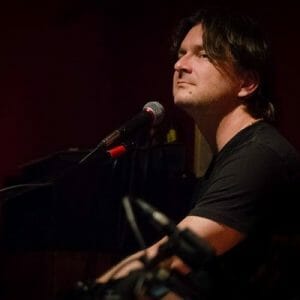 Zach is the host of both the “It’s All Happening with Zach Leary” podcast and “The MAPS Podcast.” They have helped to cement him as one of the most thought provoking podcasters in the cultural philosophy genre of podcasting. He’s also a blogger/writer, a futurist, spiritualist, a technology consultant and socio-cultural theorist.

In all of Zach’s work he blends his roles as a spiritual aspirant and a futurist into a unique identity all his own. His spiritual background has it’s roots in being a practitioner of bhakti yoga as taught through many of the vedantic systems of Northern India, in particular Neem Karoli Baba as taught by Ram Dass. Through the practice of bhakti yoga he has found keys that unlock doorways that allow the soul to experience it’s true nature of being eternal, full of knowledge and full of bliss. In addition to bhakti yoga, Zach is influenced by many different methods and traditions of consciousness exploration ranging from trans-humanism to buddhism and clinical psychology. Zach is also a frequent pundit on the political systems that are fueling todays economic and cultural structures. At the core of all of Zach’s work is the belief that we have been fused together by the collective practice of using technology to expand our species imagination with spirituality and mysticism to define the very nature of who we are.

Check out our online store