Download
During this episode of Psychedelics Today, your hosts Kyle and Joe Moore talk to Dr. Matt Segall, a philosopher with a Ph.D. working at CIIS as an administrator and adjunct lecturer. In this episode, we explore psychedelics through the lens of philosophy and Alfred North Whitehead. 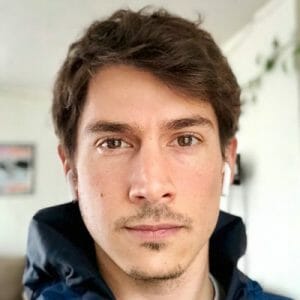 Matthew T. Segall, PhD, received his doctoral degree in 2016 from the Philosophy, Cosmology, and Consciousness program at CIIS. His dissertation was titled Cosmotheanthropic Imagination in the Post-Kantian Process Philosophy of Schelling and Whitehead. It grapples with the limits to knowledge of reality imposed by Kant's transcendental form of philosophy and argues that Schelling and Whitehead's process-oriented approach (described in his dissertation as a "descendental" form of philosophy) shows the way across the Kantian threshold to renewed experiential contact with reality. He teaches courses on German Idealism and process philosophy for the Philosophy, Cosmology, and Consciousness program at CIIS. He blogs regularly at footnotes2plato.com.