In this episode, Joe interviews Amanda Feilding, Founder and Director of The Beckley Foundation. In the show, they cover topics on psychedelic research, policy work, regulation, and the benefits of psychedelics in a time of crisis. 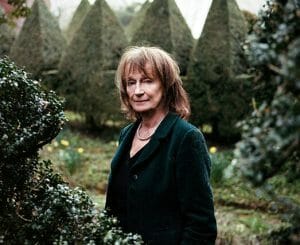 Amanda Feilding has been called the ‘hidden hand’ behind the renaissance of psychedelic science, and her contribution to global drug policy reform has also been pivotal and widely acknowledged. Amanda was first introduced to LSD in the mid-1960s, at the height of the first wave of scientific research into psychedelics. Impressed by its capacity to initiate mystical states of consciousness and heighten creativity, she quickly recognised its transformative and therapeutic power. Inspired by her experiences, she began studying the mechanisms underlying the effects of psychedelic substances and dedicated herself to exploring ways of harnessing their potential to cure sickness and enhance wellbeing. In 1996, Amanda set up The Foundation to Further Consciousness, changing its name to the Beckley Foundation in 1998.